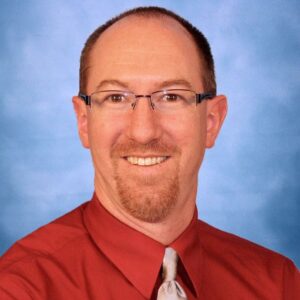 Greetings from your WBA Awards Committee. We hope you are paying attention to that new countdown clock at wi-broadcasters.org.  The submission window opens Dec.  1. Do yourself a favor and get some of your entries in early. You’ll thank us on Jan. 10, 2018 at 11:58 p.m. when you’re not trying to press “submit” on all of your entries at once.

We set several records with last year’s WBA Awards of Excellence. Some were positive, like Most Entries EVER (1,783!), and Most States Used to Judge our entries (it took EIGHT states to judge your work!).  But one less-than-stellar record stood out to the committee this year:  Most Disqualifications.

Within this dark cloud is a silver lining: The issues that were reported can all be fixed if your contest manager pays a little closer attention to the rules. To help make 2017’s awards set a record for LEAST disqualifications, here are a few examples of what our judges reported:

The qualification or disqualification of an entry is determined by the judge who reviews your entries. We encourage you to do everything you can to ensure that judge has no questions about your entry.  Make sure the file you submit is no longer than the length stated in the rules.  Don’t submit a newscast compilation that may be 14:59, but has 0:03 of black. A judge might see 15:02 on their player and void your entry.

And… Files Too Short:  While we’re talking about file length, there were also a number of submissions that were rejected for being too short.  For example, television’s Community Impact and Specialty Programming awards both carry a minimum length of five minutes. There were several submissions that missed the minimum mark.

Got Attachments? Attach the correct ones: Does your submission include a PDF? Make sure it’s the correct PDF.  A number of judges reported that PDFs did not match the video or audio file submitted.

Other oddities that were shared by our judges: One newscast entry featured only a weather tease… no newscast.  One Election Coverage entry featured a sportscast only.  One evening news entry had no file at all, and a Significant Community Impact entry contained all the items for a completely different category.

All of this is to say that some local quality control could go a long way in making sure that all your entries are valid. You and your coworkers are investing a lot of time to ensure that your product shines in the excellence spotlight.  We hate to see your hard work denied because of a few extra seconds, or a last-minute/late night submission where files are put in the wrong place.

The awards committee changed this year’s booklet to highlight in red some of the “gotcha” areas from the past few years. Submission lengths are in bold and red. Air times of morning, daytime, and evening shows are also bolded and in red. And nearly every page of our brochure has a special message to “Check the file timing listed in each category” so that your 15 minute show is not sent to the judge as a 15:10 file.

“To err is human, but to really mess things up takes a computer.” It’s one of my favorite quotes. Remember that as you submit your awards BOTH humans and computers are involved.  A little extra attention to detail could mean the difference between being in – or being out – of the running for a Station of the Year or News Operation of the Year award.

We look forward to seeing your submissions by Jan.  10, and your attendance at the Gala on May 5.