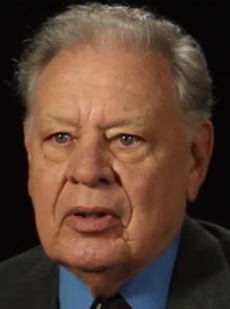 WBA Hall of Famer and livelong broadcaster Don Seehafer is being remembered as a career broadcaster with a positive attitude.

Seehafer died Tuesday. He was 84.

In 1952, while still in high school, Seehafer began his broadcasting career as a sports announcer in his hometown of Marshfield, Wisconsin at WDLB radio. He also served stints at WPFP radio in Park Falls and WIGM radio in Medford. He purchased his first radio station KRBI, St. Peter, Minnesota in 1960 and in 1970 purchased WOMT, Manitowoc and soon after added WQTC-FM and then expanded to Wausau, purchasing WXCO-AM in 1973 and building WYCO-FM in 1985.

Over the years he has also owned radio station in Beloit and Janesville, Rochester, Minnesota and Winter Haven, Florida.

Don was inducted into the Wisconsin Broadcasters Hall of Fame in 2002 and the Lakeshore All-Sports Hall of Fame.

Seehafer transferred ownership of Seehafer Broadcasting to his four children in 2014.

His son Mark said his father was “always happy, and always smiling.”

A visitation and funeral will be held Monday, Jan. 27, at First Lutheran Church, 521 N. 8th St., Manitowoc. Visitation begins at 11 a.m. with the service beginning at 2 p.m.

In lieu of flowers, memorials may be made to the Wisconsin Broadcaster’s Association Foundation in Seehafer’s name.