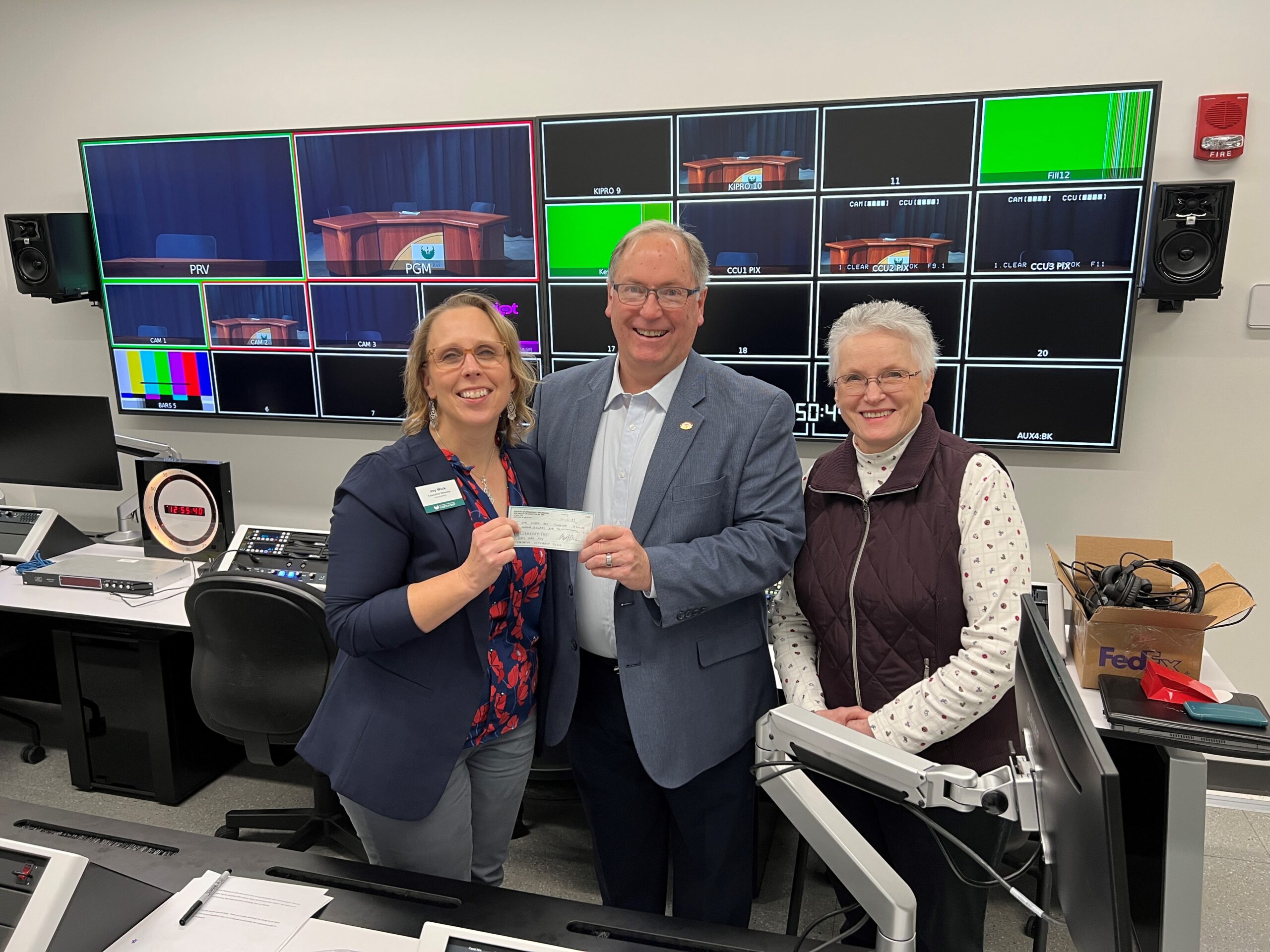 SBE Chapter 80 recently donated $500 to the University of Wisconsin-Green Bay Advancement Office in support of the Gary Mach Excellence in Media Fund.

The Gary Mach Excellence in Media Fund is inspired by Mach’s achievements in broadcast engineering as he served several media organizations, businesses, charitable organizations, and UW-Green Bay and public broadcasting in Wisconsin. Through Mach’s work in television production at the then at the fledgling Green Bay campus, he created opportunities to learn and grow for generations of broadcast engineers. Professional development was always a high priority for Mach and the people who worked alongside him.

The fund seeks to continue Mach’s legacy on the campuses of UW-Green Bay by supporting facilities, creating opportunities, and offering financial support for students who aspire to professional careers in media. The goal is to build the fund balance to a minimum of $25,000 so that as an endowed fund it can annually provide a student with a $1,200 scholarship. Any additional funds will be used for additional scholarships and projects or equipment for media programming.

To support the Gary Mach Excellence in Media Fund by mail, send checks to:

The $500 donation given on Dec. 8 was presented by Bill Hubbard and Eileen Mach, the wife of the late Gary Mach. Joy Wick, Executive Director of Advancement, UWGB, received the donation.