O’Brien to retire from Janesville stations 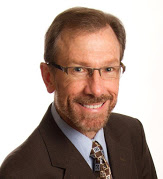 The general manager of two Janesville radio stations is retiring.

Mike O’Brien made the announcement after Bliss Communications announced the sale of WCLO/WJVL on Monday. He said he had intended to announce the retirement earlier this year but was asked to wait until after the announcement of the sale. He told the Janesville Gazette his decision to retire was related to his family and not the sale of the radio stations.

O’Brien joined Bliss in 1988. He’s expected to retire in July.