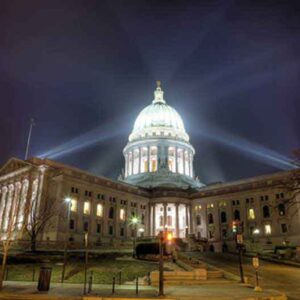 The Wisconsin Freedom of Information Council, a nonprofit group that works to protect access to public meetings and records, is now accepting nominations for its annual Openness in Government Awards, or Opees. Awards are given in six categories:

Popee (political openness award): Recognizes extraordinary service to the cause of open government by an elected or appointed official, agency, or group of officials.

Mopee (media openness award): Recognizes extraordinary service to the cause of open government by a media member or organization.

Copee (citizen openness award): Recognizes extraordinary service to the cause of open government by a member of the public or public group.

Scoopee (open records scoop of the year): For a journalist or media organization who (which) has used public records to highlight an issue or expose wrongdoing.

Nopee (no friend of openness): For an individual or institution who (which) has disregarded or denigrated the state’s traditions of openness.

Whistleblower of the year: Recognizes an individual who has come forward to help expose wrongdoing.

Please submit nominations with any supporting documentation by Wednesday, Feb. 14, to: kgeissler@wi-broadcasters.org. The winners will be selected by a Council committee, as in past years. The Council reserves the right to issue special awards or to not give an award in a particular category.

You can read about last year’s honorees here.

Posted in In the News, Legal & Legislative Issues
Members Only
Search
Download the WBA “MemberPlus” App