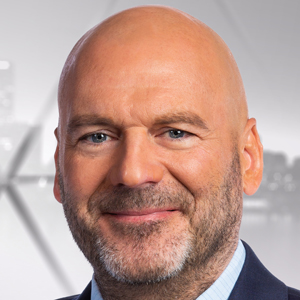 After more than 30 years of covering all sports spanning Wisconsin and beyond, long-time WISN 12 sports director Dan Needles will be retiring. Effective March 4, Needles will end his television career – recognized as an award-winning sports anchor and reporter who has been broadcasting the most significant sports stories in Wisconsin history.

“When sports is the big story, and in Wisconsin it often is, southeastern Wisconsin has always been able to rely on Dan,” said Jan Wade, president and general manager of WISN 12. “For decades he’s provided our viewers with in-depth reporting, expert insight, and without a doubt, a lively sense of humor! He is an incredible vault of sports knowledge, more so than anyone I have ever seen, and his expertise and presence will be missed here at the station.”

Needles has been at the forefront of historic sports events since starting at WISN 12 in 1990, at the local, state, and national levels. Over the years, he has covered Super Bowl victories by the Green Bay Packers, MLB Playoff appearances by the Milwaukee Brewers, NCAA Basketball Tournaments, major golf championships, and most recently, the Milwaukee Buck’s journey to win the NBA Championship.

“For a kid who grew up in Waukesha watching the news on WISN 12, I’ve been able to live out my dream by working here for more than three decades,” Needles said. “I have had the pleasure of working with so many true professionals who taught me what journalism is, and I thank the viewers who shared my passion for sports.”

Recognized for his contributions to television broadcasting, Needles has received numerous awards. These accolades include a 2017 National Academy of Television Arts & Sciences Wisconsin Silver Circle Award, the “Best Sportscast” award from the Wisconsin Broadcasters Association, along with a host of other honors presented by the Milwaukee Press Club and the Midwest Associated Press.

“I look forward to spending many happy years with my wife and family, traveling and playing golf, but will always make southeastern Wisconsin my home,” Needles said.

Prior to joining WISN 12, Needles served as a weekend sports anchor and reporter at WAOW-TV in Wausau, sports director at WNBK-FM in New London, and as the sports and news director at WCFW-FM in Chippewa Falls.