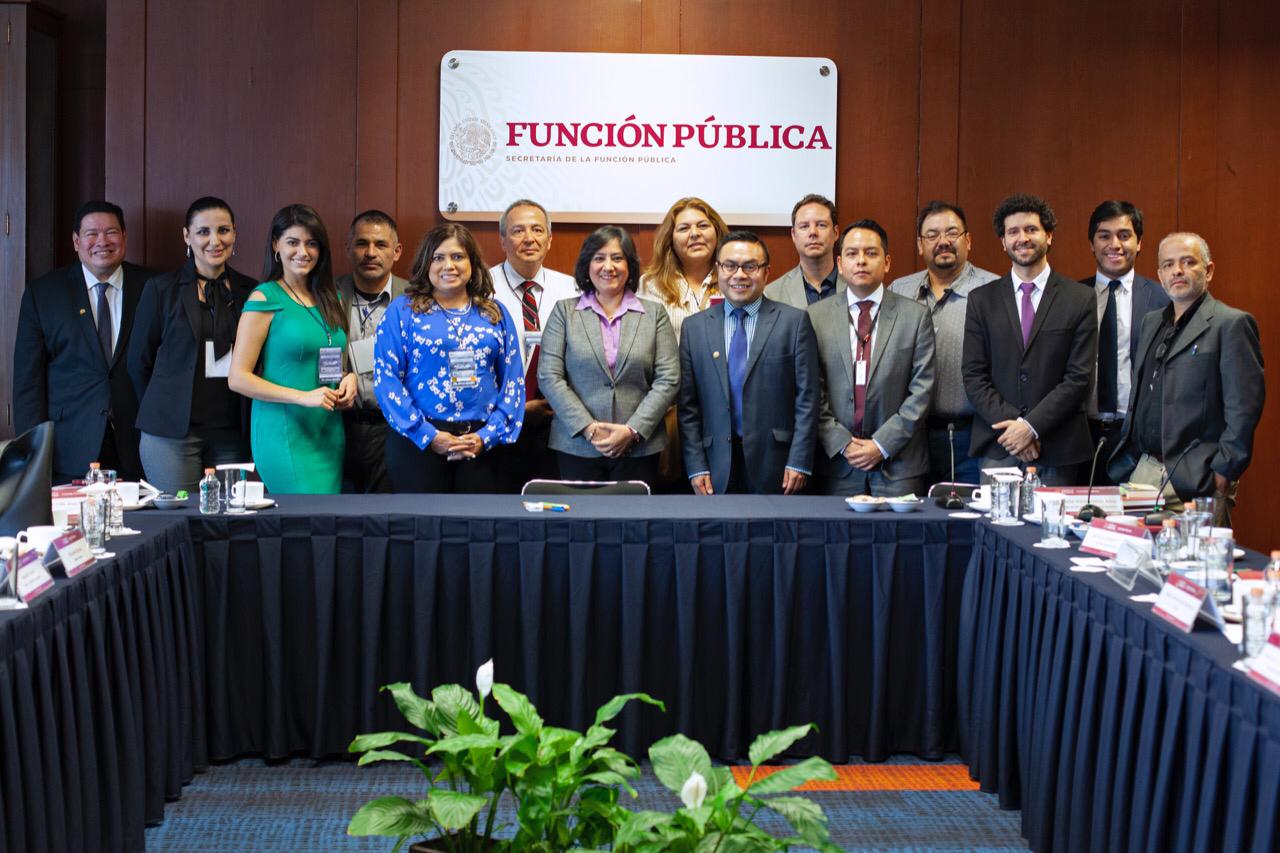 Lupita and Luis Montoto from La Movida Radio in Madison were invited to a two-day conference of Spanish-speaking media outlets from the United States in Mexico City.

The Institute for Mexicans Abroad (IME) organized a binational day for on Oct. 14-15 to raise their awareness about Mexico.

The group attended the morning press conference given by Mexican President Andrés Manuel López Obrador, in which the Mexican Security Cabinet also participated, giving it a first-hand understanding of the new dynamic of communication and transparency promoted by the current administration.  Following the press conference, the journalists conversed with the president’s communications director and spokesperson, Jesús Ramírez. The group then met with Mexican journalists to discuss the challenges they face in common, as well as opportunities for collaboration.

They also visited with representative from numerous government ministries and civil society organizations in Mexico.

Lupita Monoto is a member of the WBA Board of Directors.