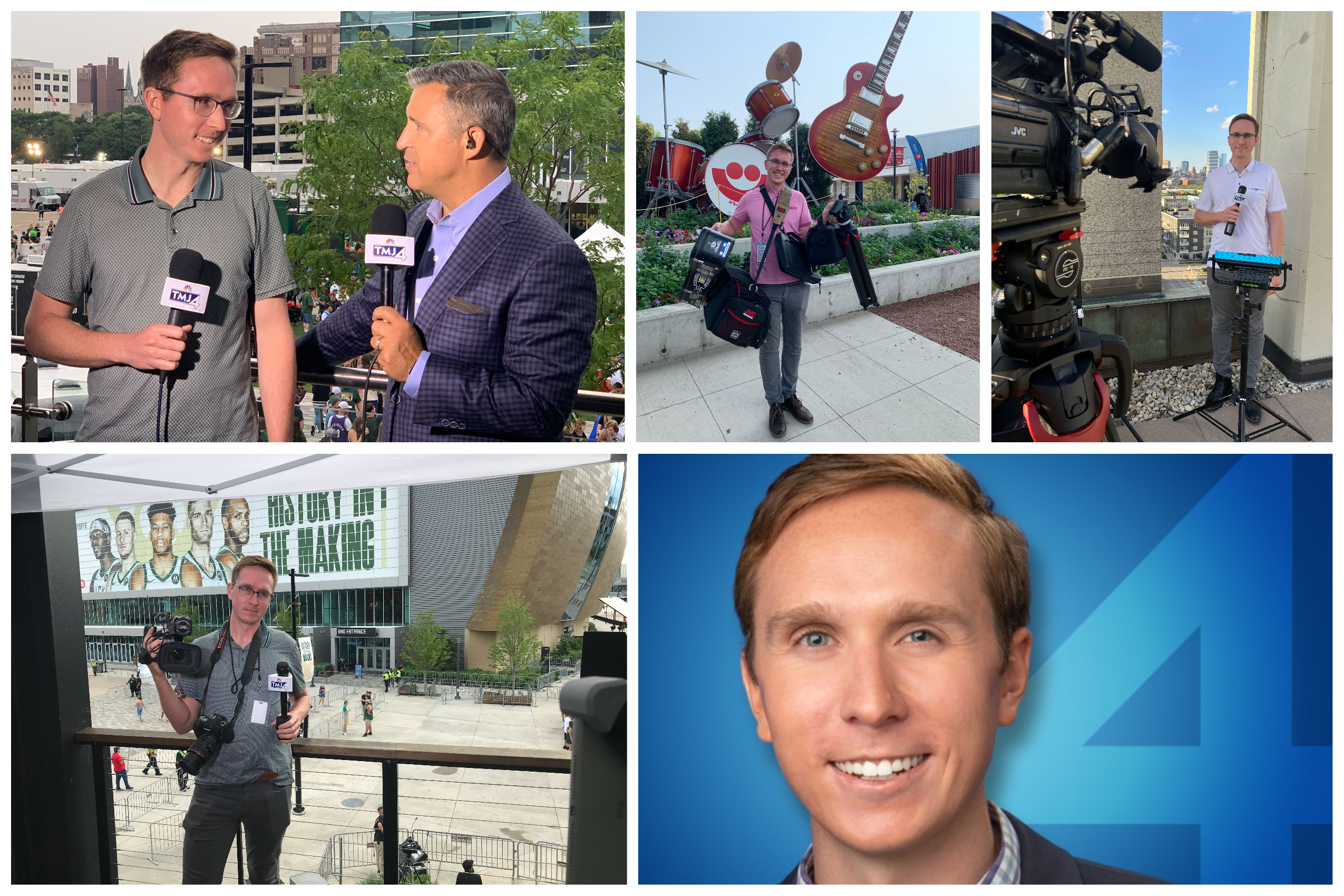 A multimedia journalist at WTMJ-TV in Milwaukee is the WBA’s 2022 Young Professional of the Year.

James Groh was the highest ranked of the five young broadcasting professionals recognized this year for making a significant impact on their stations and communities. The group was selected from a group of nominees ranked by a subcommittee of the WBA Board of Directors.

The four other honorees are Naomi Kowles from WISC-TV in Madison, Ben Brust from Good Karma Brands, Nick Tabbert from WQOW-TV in Eau Claire, and Sara Smith from WITI-TV in Milwaukee. All four were recognized in earlier issues of the WBA newsletter.

Groh got his starts at a sportswriter for the Chico State newspaper where be bought his own equipment to call baseball, soccer, and volleyball games. He transferred to Syracuse University to pursue sports broadcasting and began covering news stories as well just to get more practice writing, filming, and editing. He eventually fell in love with news and made the switch from sports to news.

Groh joined WTMJ-TV in 2018 and was the station’s first-ever digital MMJ, a testament to his expertise in numerous digital platforms.

The nomination from his station said Groh elevates every story he touches and provided examples of how he makes stories unique, memorable, and fun. He created his own franchise, “On the Go with Groh,” and his content helped the station launch a new show titled “Milwaukee Tonight.” He’s also produced an award-winning documentary-style series titled “My Block” which shows the Milwaukee area’s many neighborhoods through the eyes of the people who know them best: The residents.

Groh said young professionals can usher in a new era of journalism, especially on the local level.

“We are producers and consumers of news. That situates us in the perfect position to create the kind of content we want to engage with,” he wrote.

“The more you can practice, the better you will become,” he wrote. “Plus, you need to actively think about how this story can be different. Take 15 minutes before you leave for your story to identify ways that this story has been done before and what you can do to put a unique spin on it.”

All honorees, including Groh, will be recognized at the 2022 WBA Summer Conference, June 22-23 at the La Crosse Radisson.

If you’d like to nominate a young professional for this recognition, you can do that here. The deadline is Sept. 30.