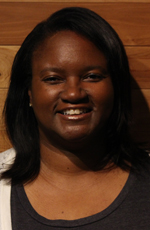 Bailey Coleman has extended her broadcast agreement to serve as midday host on V100.7 (WKKV) in Milwaukee and will serve as Urban Program Director for the Western Great Lakes Region for iHeartMedia.

Coleman will continue to broadcast weekday mornings from 10 a.m. to 2 p.m. as midday host and as program director she will oversee the day-to-day operations of V100.7 and will continue to report to Kerry Wolfe, Senior Vice President of Programming for iHeartMedia Milwaukee.

“We are extremely fortunate and over the moon excited to have the talented Bailey Coleman as part of the iHeartMedia team in Milwaukee,” said Wolfe. “She is one of the most respected leaders in Urban and Hip-Hop radio and I look forward to working alongside Bailey for many years to come.”

Coleman has served as Program Director for iHeartMedia Milwaukee’s V100.7 since 2007. She began her career at KRIZ/KZIZ in Seattle, Washington.

“iHeartMedia Milwaukee has always been special to me,” Coleman said. “We’ve achieved so many remarkable things as a team, including our Family Affair Expo, Jam For Peace, Hallelujah for the Holiday and Toy Store Scramble.We’ve also received a variety of awards and recognitions both locally and nationally from outlets such as Billboard as well as the city of Milwaukee and the state of Wisconsin. I look forward to reaching even more goals with our amazing team at iHeart over the next few years.”