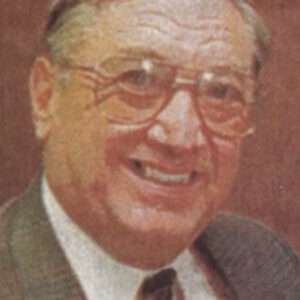 A Marshfield area radio broadcaster and WBA Hall of Famer with a long record of community service has died.

Jack Hackman was with Goetz Broadcasting for his career in broadcasting that lasted more than 40 years. He died Tuesday surrounded by his family. He was 85.

Hackman started as a control room engineer and producer at WDLB radio in Marshfield and served in numerous talent and management roles until 1970 when he became general manager of WDLB-AM/WLJY-FM.

In 1981, he became vice president and chief operating officer of Goetz Broadcasting, overseeing the operation of 12 radio stations in Wisconsin, Illinois, and Michigan. He retired in 1999.

Hackman was the voice of Marshfield Senior High School Tigers and Columbus High School Dons for many years. A baseball field in Marshfield was named in his honor.

He served three terms on the Marshfield City Council.

Hackman was recognized on the local, state, and national levels for his community service. Under his leadership, the Marshfield stations received a Crystal award, two presidential C-Flag awards, and two all-state WBA awards. He served on the Board of Directors of the WBA and was Chairman of the Board in 1989-90. Under his leadership, the Wisconsin Broadcasters Association Foundation and the Wisconsin Broadcasters Hall of Fame were created.

Hackman’s funeral will be at 11:30 a.m. Saturday at Sacred Heart Catholic Church in Marshfield. More details are available here.