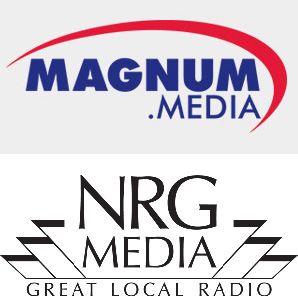 An application is being filed with the FCC regarding the ownership transfer of Kool 106.5 (WKCH) in Whitewater, 107.3 WSJY in Fort Atkinson and News/Talk 940 WFAW in Fort Atkinson.

“We have been fortunate to have worked with the great people at the stations in Fort Atkinson for many years,” NRG Media President and CEO Mary Quass said. “The dedicated broadcasters at the stations will continue to provide the Fort Atkinson community with great local radio, and know they will contribute to the success of Magnum Communications going forward.”

“I’m a sentimental person so two aspects of these acquisitions really struck me,” Magnum Communications owner Dave Magnum said. “First, my maternal grandmother grew up on a Fort Atkinson farm. My mom and her remaining siblings get together at Lake Ripley each summer in her honor. Second, we’re again getting to work with NRG. Back in the 90’s, my late wife, Lynn, had the chance to speak with Mary Quass several times at conventions. I told Reid and Ty that she considered Mary a role model. In 2007, five years after Lynn passed, I acquired three stations from NRG. That transaction went as smooth as silk. We look forward to the same outcome with the acquisitions of WFAW, WSJY and WKCH.”

NRG Media is based in Iowa and owns radio stations in Illinois, Iowa, Nebraska, and Wisconsin. Magnum owns stations across Wisconsin.

KALIL & CO., INC. is the exclusive broker for this transaction. The purchase price was not announced.