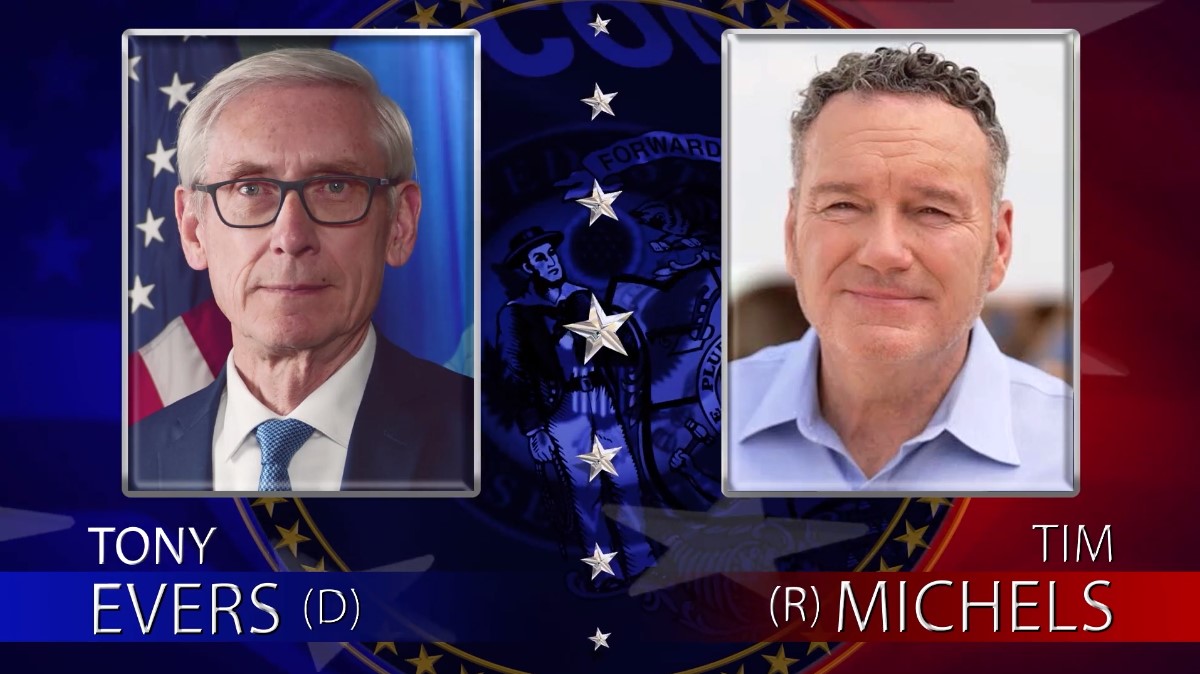 Broadcasters from across Wisconsin will be airing a Wisconsin gubernatorial debate Friday between Governor Tony Evers and Tim Michels. The debate begins at 7 p.m. A list of the 70 stations airing the debate is available here.

The debate will also be shown live on national network C-SPAN and Wisconsin public affairs cable network WisconsinEye and streamed on at least 10 different platforms.

The WBA Foundation has a more than 32-year history of hosting debates and this year is adding a data team which will provide background research to the topics brought up during the debate while the debate airs. These resources can be found at:

“One hour is never enough to share all the research that goes into these debates,” said WBA President and CEO Michelle Vetterkind. “The addition of the data team will make sure all the hard work put in by the debate teams has value to Wisconsin voters.”

The debate will be moderated by Jill Geisler, longtime Wisconsin news professional, WBA Hall of Fame member, author, and Bill Plante Chair in Leadership and Media Integrity at Loyola University, Chicago. The panelists come from across Wisconsin. They are:

The data team is:

Use the hashtag #wbadebate to follow the debate on social media.

The debate will be re-aired before Election Day on numerous Wisconsin stations.

“The WBA Foundation is honored to provide these important debates to Wisconsin’s voters as part our 32-year history of using our debates to promote the civic and political process.” Vetterkind said.

The Oct. 7 U. S. Senate debate between Sen. Ron Johnson and Lt. Gov. Mandela Barnes will also air on numerous WBA member stations before the election and is available on the Wisconsin Broadcasting Museum website.