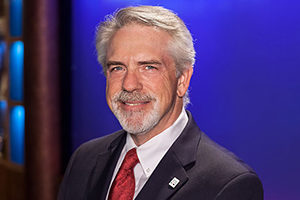 Hess succeeds Dave Edwards, who has served as general manager since 1985.

Prior to joining WUWM, Hess was chief operating officer of Arizona Public Media, where he led a management team responsible for 70 staffers in six divisions who generate integrated multimedia content. He previously served as general manager of Boise State Public Radio, where he led audience and revenue growth. Hess has 30 years of experience in media, 20 of which are in public media and 12 of which are as general manager at two university-affiliated public radio stations.

“(Hess) brings a remarkable portfolio of experience in media and he has been an innovative leader at two university-affiliated public radio stations,” Scott Gronert, dean of the College of Letters & Science said. “He is devoted to strong, independent journalism, has extensive experience in fundraising and is committed to using media to help build vibrant, inclusive communities.”