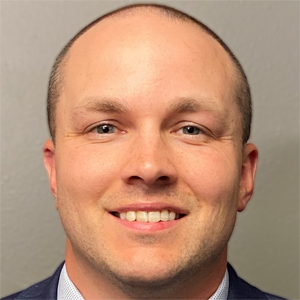 Cory Gylock has been named Vice President and General Manager of WLAX-TV and WEUX-TV, wiproud.com, and their related digital and social media channels.

Gylock assumes the position from Judson Beck, who was named Vice President and General Manager of Nexstar’s Green Bay/Marquette, Michigan, media operations in May. He will begin his duties immediately, and report to Traci Wilkinson, Senior Vice President and Regional Manager for the broadcasting division of Nexstar.

Gylock served in various sales positions with the company since 2012, and as the General Sales Manager at WLAX-TV/WEUX-TV since late-2020.

“During his tenure, Gylock and his team have consistently demonstrated the ability to grow annual sales revenue for both television stations through a variety of unique, innovative, cross-platform solutions for advertisers,” a release stated. “Under his leadership, WLAX-TV/WEUX-TV have driven substantial growth in new business advertising, generated double-digit annual increases in digital revenue, and set station records for ad revenue related to sports content.”

Gylock also spearheaded the creation and development of several community sponsorships during his time at WLAX-TV/WEUX-TV, including “County by County,” which highlights local area western Wisconsin counties in news features and 30-minute special programs airing quarterly throughout the year, and “Harvesting Heroes,” which features local area farmers from early harvest-season in March through late harvest-season in November. Gylock also developed and hosted “FOX Fantasy Insiders,” a web-based program on wiproud.com, that focuses on fantasy sports during football season. He also helped launch “Destination Football,” a sponsored franchise dedicated to branding WLAX-TV/WEUX-TV as the home for college and pro football in western Wisconsin through unique promotional elements on-air and online.

Prior to his time as General Sales Manager, Mr. Gylock served as Local Sales Manager for WLAX-TV/WEUX-TV from 2015 to late 2020. He joined the stations after working as an account executive for three years at Nexstar’s television station in Marquette, Michigan, beginning in 2012.

“Cory is an excellent choice to lead our broadcast and digital operations in La Crosse/Eau Claire,” Wilkinson said. “He knows the area extremely well and understands the needs of its viewers and advertisers. He’s experienced, innovative, and has forged long-standing important relationships in the community. Cory also knows Nexstar and understands our strategic goals and dedication to serving Western Wisconsin. He’s been an excellent sales executive for both of these stations and I have every confidence that he will be very successful leading them as Vice President and General Manager.”

“I am honored to be assuming this new role in La Crosse/Eau Claire, and extremely grateful to Nexstar for giving me this opportunity,” Gylock said. “As a part of these stations since 2015, I appreciate the critical role that WLAX-TV and WEUX-TV play in western Wisconsin, and their legacy of service to the communities here. The strength of these stations and their digital and social media channels, combined with Nexstar’s commitment to hyper-local content and the unique and customized advertising and marketing solutions we can offer, give us a distinct advantage in meeting the needs of the area’s viewers and advertisers. I look forward to continuing to work with the talented and dedicated team here as we take these stations to even greater heights.”

Gylock is a member of the Young Professional Committee of the Wisconsin Broadcasters Association and the Gateway Area Council Golf Outing Committee for the Boy Scouts of America/Wisconsin. He has also volunteered for such organizations as the Coulee Region Hunger Task Force, Habitat for Humanity, and the Pumphouse Regional Arts Center. Gylock earned his bachelor’s degree in marketing from Northern Michigan University. He and his wife, Paige, have been married for five years.