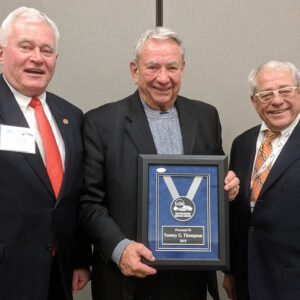 Former Wisconsin Governor Tommy Thompson received the Wisconsin Broadcasters Association’s first Distinguished Service Award. The award was given out Wednesday at the WBA Business Luncheon during the Winter Conference at the Madison Concourse Hotel.

The award was established to recognize those who “reflect the values embodied in the Wisconsin broadcast industry of promoting economic vitality, engagement in civic affairs, advocacy for the First Amendment and dissemination of community information and community service, and support of diversity and a better Wisconsin.”

Thompson was nominated by Nicolet Broadcasting President and CEO and former WBA Board Chair Roger Utnehmer who introduced Gov. Thompson and praised him for his political career, willingness to work with broadcasters, and accessibility.

Former WBA President John Laabs, head of the organization during Thompson’s tenure as governor, also spoke at the luncheon, calling Thompson a “true friend of broadcasters.” He thanked Thompson for his role in creating the WBA’s NCSA program, his dinners with WBA members, his involvement with the WBA Foundation debates, and his long personal relationship with Thompson.

Thompson spoke about his support for broadcasters and praised them for their service to their communities. He reminisced about his history with individual broadcasters and stations and reminded the audience of his great love for Wisconsin.

The WBA thanks Gov. Thompson for his service to broadcasters and the State of Wisconsin. 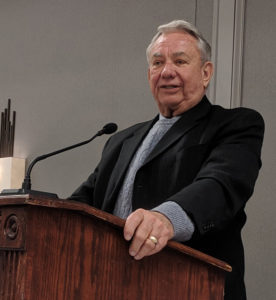 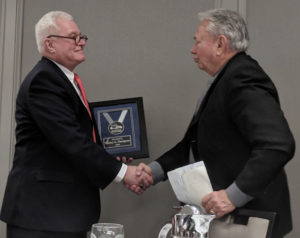