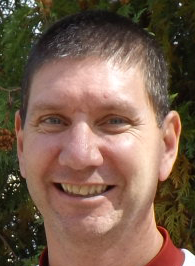 A Madison native is returning to the city to take over mornings on WRIS, The Resistance.

Pat Gallagher worked in alternative radio in Madison for 27 years before joining Mid-West Family Madison for a brief time then heading to WCNR, Charlottesville, Virginia to host a morning show.

“Pat helped define alternative music in Madison,” said Randy Hawke, Vice President of Programming for Mid-West Family. “It’s so important to have him here and be a part of it.”

“I’m thrilled to be back in my hometown, doing what I love best—playing great music at a great radio station,” said Gallagher.

In addition to mornings on The Resistance, Gallagher will be assisting in programming Magic 98 (WMGN) and will have a feature on The Zone (WOZN) named The Active Zone which will focus on Gallagher’s love of running and cycling. He’s a three-time Ironman Wisconsin finisher.