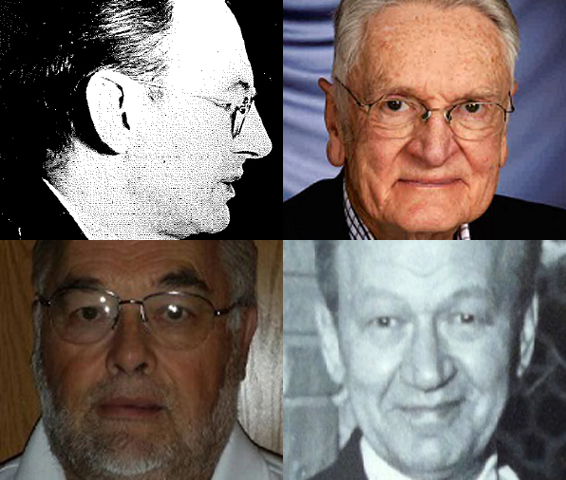 Four Wisconsin Broadcasters have been chosen as WBA Local Broadcast Legends and will be recognized during the Keynote Luncheon on Thursday, June 15 as part of the WBA’s Summer Conference.

The Wisconsin Broadcasters Association Local Broadcast Legends Award was established in 2015 under the direction of Bruce Grassman, owner/president of Results Radio. The first award was given posthumously to Norm Habeck, a former Results Radio employee. The Local Broadcast Legends Award is a great honor and recognition for individuals that work behind the scenes and within their communities fulfilling the commitment broadcasters have made to serve their local communities. They are individuals who exemplify localism. This award is a means to extend recognition of these individuals beyond their local communities.

Individuals with 15 years or more service in Wisconsin broadcasting may be nominated by their company, co-workers, community leaders, family members, and friends. The station or organization which the nominee is associated with submits the nomination on behalf of the nominating individual(s).

The WBA is grateful to Bruce Grassman for his vision to establish a means for dedicated local broadcast employees to be recognized for their contributions to Wisconsin broadcasting. This award is for those who unconditionally support their stations and community.

Our 2017 recipients are as follows: 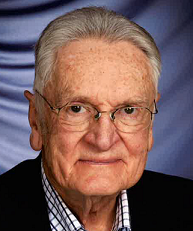 Ben Jakel worked for Seehafer Broadcasting for 46 years with 36 in Manitowoc at flagship WOMT. His first ten years spent at Seehafer’s station in St. Peter, Minnesota. He was WOMT ‘sSales Manager for 10 years and was named General Manager of WOMT in 1986 and served as GM until his retirement in 2008. Jakel fostered a family environment for the station. He provided care and support for a former station employee who was stricken with a debilitating disease. When he could no longer work, Ben treated him as if he remained a member of the station family. In retirement, Jakel continues his legacy of community leadership and service by teaching religious classes, reading for St. Frances of Assisi Catholic Church, being a member of the Optimist Club and active with the Chamber of Commerce and several other community service organizations.

William Lipman (1902-1982) was the founder and owner of WLIP AM/FM Kenosha. Lipman’s mission for WLIP was for the station to provide strong locally generated news and be an engaged platform for community service. His station employed many of the greats in Wisconsin broadcast history: Hall of Famer Irene Buri-Nelson, engineer Casimar Lubinsky, Jerry Golden of WGN Radio, Bill Berra, former Journal Communications News Executive, Larry Miller, current CBS Radio London news reporter and many others. As local owners and operators, Bill Lipman and his wife Ann were Wisconsin Broadcast pioneers. They were also deeply involved in the Kenosha community. Lipman was one of the key figures in the successful effort to establish the University of Wisconsin-Parkside in Kenosha. Bill had to leave school at age 12 to help support his family. He was a big believer in higher education. After Bill’s death, the family established a William Lipman Scholarship to enable local students to attend UW-Parkside. “Bill was a truly courageous man who understood the reach and power of radio and put it to good use.” -Joel Lipman, son and professor emeritus.

Jack Martin (1892-1979), was an announcer, storyteller, and vaudevillian. Jack started in radio at WKBH, La Crosse (now WIZM) in 1932. He was a morning newsman when there weren’t a lot of radio newsmen. He wrote and performed a one man show portraying Abe Lincoln. The role took him to many major cities. Jack was Bozo the Clown on WKBT during the late 60s. An actor, showman, true entertainer, and dedicated journalist. He was first and foremost a local newsman.

Terry Stake started play-by-play broadcasts of high school wrestling in 1973 and does so to this day on WFHR and many other stations around the state. He has broadcast more than 5,000 high school sporting events from football to softball and volleyball. He has been a part of WFHR’s morning show for more than 40 years and has been an account executive for 25 years. Terry has been an active participant of and contributor to Wisconsin high school sports throughout his career. He has served on the advisory board for the Associated Press and the WIAA, mentored some of Wisconsin’s top sports broadcasters, and has worked closely with Michelle Vetterkind and the WBA to implement the WBA’s Sports Workshops. Terry has been widely recognized for his leadership in Wisconsin sports. He was inducted into the River Cities Access Hall of Fame in 2009, honored by Wisconsin Athletic Directors for Distinguished Service in 2001 and is a seven time recipient of the Wisconsin Wrestling Coaches Association media award. Terry is an active WIAA official for a variety of high school sports and truly is a Local Broadcast Legend.