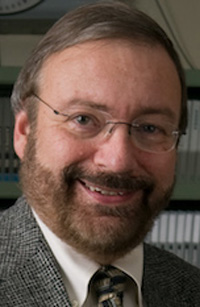 The former director of Wisconsin Public Radio, Phil Corriveau, is being remembered for his leadership, optimism, and commitment to WPR’s mission.

Corriveau served as director of WPR for six years starting in 2004. He was a Wisconsin native who received both his bachelor’s and master’s degrees from UW-Madison. As he told the Isthmus weekly in 2010, he discovered his love of radio as a freshman board operator working a summer job in 1971 at WPR’s flagship station, WHA. That summer job turned into a career.

Current WPR Director Mike Crane said he embraced that optimism when Corriveau hired him as chief operating officer in 2008. “There are so many positive things that started with Phil,” Crane said.  “He set the stage for expanding our radio networks. He believed in growing our Major and Planned Giving effort. He had a vision for us reaching new audiences across the state. He was an incredibly positive force. I’m really going to miss him.” Crane said.

During his time as director, Corriveau made investments in wpr.org, marketing, and fundraising that helped position the station for years to come.

“Phil never stopped believing in the mission of public radio and, despite those new competitors, always believed in a bright future for WPR,” said Gene Purcell, a longtime associate and current head of Wisconsin Public Media.

Corriveau’s time at the helm of WPR was cut short by a stroke suffered during heart surgery in 2008. In 2010, he officially stepped down from his role as director and became director emeritus.

A celebration of Corriveau’s life is being planned and will be announced later. In lieu of flowers, donations may be made in Corriveau’s name to Wisconsin Public Radio, www.wpr.org.