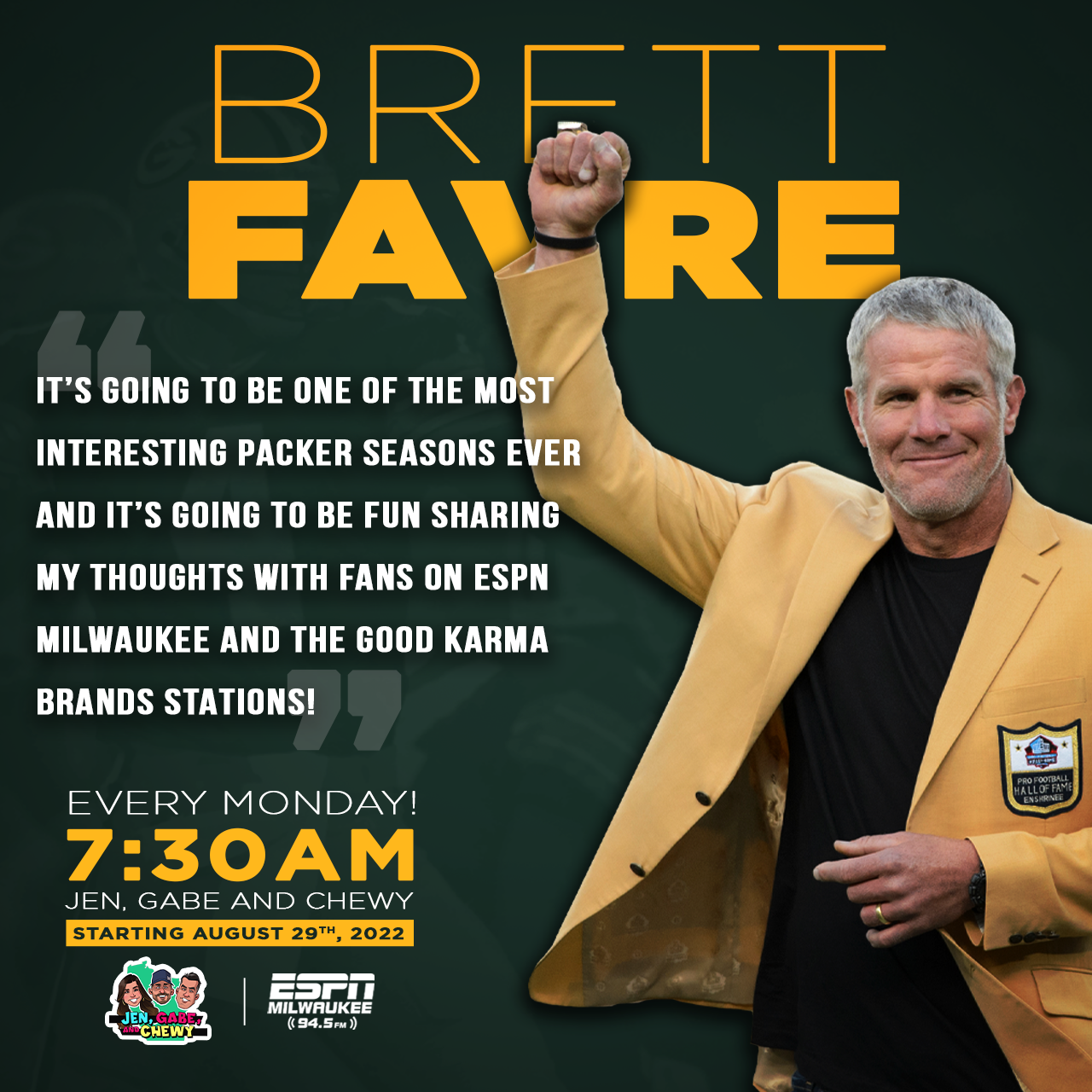 NFL Hall of Fame quarterback Brett Favre is joining ESPN Milwaukee as a regular contributor throughout the 2022-2023 football season.

Beginning on Aug. 29, the 30-minute interview will air every Monday morning at 7:30 a.m. on 94.5 ESPN Milwaukee’s “Jen, Gabe & Chewy,” featuring Packers Hall of Fame inductee Mark Chmura. The interview will be replayed on other ESPN Wisconsin shows, Newsradio 620 WTMJ, 101.7 The Truth and GKB’s digital platforms.

“It’s going to be one of the most interesting Packer seasons ever, and it’s going to be fun sharing my thoughts with fans on ESPN Milwaukee and the Good Karma Brands stations,” Favre said.

Favre began his career for the Green Bay Packers in 1992 as their starting quarterback and played 16 seasons before finishing his career playing one season for the New York Jets and two seasons with the Minnesota Vikings. In Green Bay, he led the team to 11 playoff runs, seven divisional titles, four NFC Championship games, two consecutive Super Bowl appearances, and one championship title in Super Bowl XXXI.

“We are excited about our coverage of the team this season, which will include pre-game and post-game shows, expanded hospitality at our Tundra Trio hospitality homes in Green Bay, and the exclusive appearance of Brett Favre on our stations,” said Steve Wexler, Good Karma Brands Vice President and Market Manager, which owns ESPN Milwaukee, WTMJ, and 101.7 The Truth. “Brett will bring his unique perspective and experience to our programming and we can’t to hear his takes.”

Fans can listen back to the interviews on other ESPN Wisconsin shows throughout the day as well as the Wisconsin on Demand App.