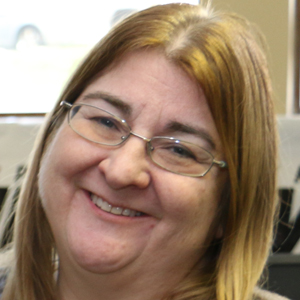 Dunn started in 1992 as an afternoon news personality and advertising copywriter. In 1993, she moved to the morning show, where she’s been ever since.

As a junior in high school, Dunn was hired as a reporter for WFHR-WWRW in Wisconsin Rapids. Upon graduation from Stevens Point Area Senior High, she attended UW-Stevens Point and learned a lot at the campus radio station, WWSP. She also honed her news chops at WSPT in Stevens Point and at WEAQ-WIAL in Eau Claire, where she was news director.

AT WMMM, she worked with three different morning shows, with John Peterson and Gordy Young in
1993, John Urban from 1993-1998, and Jonathan Suttin from 1999 until today.

“A lot has changed in the radio world since I started out at Triple M, but the goal is still the same: To develop a relationship with listeners and provide them news and entertainment they need to start the day,” Dunn said. “I had no idea some of those relationships would last three decades.”