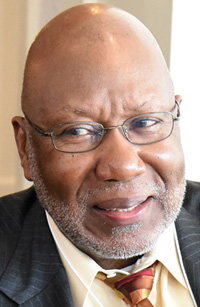 The chair of the Wisconsin Public Radio Association (WPRA), Ron Dunlap, has died.

According to WPR, Dunlap joined the WPRA board in 2011. He was elected vice chair of the board in 2016 before becoming chair in 2018. As head of the WPRA board he also served on the state’s Educational Communication Board (ECB) with other government appointees.

“Ron led with a strong and quiet style,” WPR Director Mike Crane said. “He was universally loved by the board and our staff. We will miss him.”

Dunlap was a career educator and administrator with the Appleton School District where he served as Lincoln Elementary principal and director of minority student services. The Ronald Dunlap Award for Student Success was named in his honor. In 2016, Madison365 named him one of their “44 Most Influential African Americans in Wisconsin.”

Dunlap was 72. He is survived by his wife Yvette, his daughters and grandchildren.