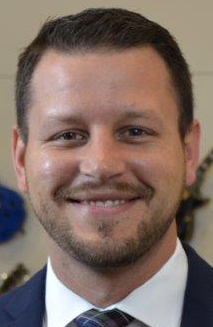 Clark started his career with Mid-West Family in La Crosse in 2010 as an account executive. In 2013 he continued with Mid-West Family with management roles in Madison and in 2015 took a position in Springfield, Illinois. He moved back to Madison early in 2018 to take up his current role.

Clark has sat on boards for the American Advertising Federation in Madison and Sangamon County CEOs, which is a mentorship program for high school students.