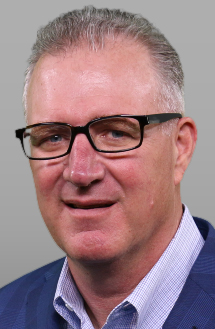 I’m proud to say that Wisconsin’s broadcasters are part of a legislative effort that exemplifies an ideal model of making public policy. Let’s see to it that it gets put to a vote.

In the last legislative session, broadcasters and law enforcement were at odds over a proposed bill that would have set rules for the use of police body cameras and the release of video recorded by these devices. The bill put many lawmakers at odds as well.

This previous bill didn’t get a vote in the last session, but the situation prompted legislative leadership to establish a Legislative Study Committee to study the many complex issues surrounding body cameras. That committee included representatives of broadcasters, law enforcement, attorneys, newspapers, and both political parties.

The committee was given a tough job, but it worked hard on issues that few agreed on when they started. The members debated and compromised, and after many long meetings, they agreed. All but one of the ten members of the Legislative Council Study Committee on the Use of Police Body Cameras approved of a proposed bill that was then approved unanimously by both the Legislative Council and, more recently, the Senate Committee on Judiciary and Public Safety.

All stakeholders gave something, got something, and in the end, came up with solutions that would largely address their concerns. It was compromise in the most positive sense of the word. They did what few might have expected when they started: They agreed.

With few legislative days remaining on the calendar, broadcasters must do their part to make sure this hard work isn’t squandered. Votes must still be scheduled in the Senate and Assembly.  Broadcasters will be calling on lawmakers and legislative leaders to schedule votes for this bill, and will be asking other groups involved in the drafting of this bill to do the same.

You can expect to hear more about this from the WBA in the coming weeks. Please consider reaching out to your state lawmakers on this important topic.