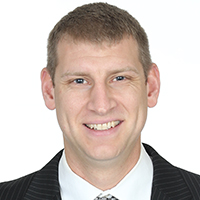 Appleton native and Wisconsin basketball star Brian Butch will be working with the Big Ten Network this season as a game and studio analyst.

“I’m excited for this opportunity and for a chance to get back to my Big Ten roots,” Butch said. “I look forward to continuing my growth as a broadcaster and sharing my knowledge of basketball with the viewers.”

Brian was a two-time Wisconsin State Player of the Year at Appleton West High School and a 2003 McDonalds’ All-American. He is still the school’s all-time leading scorer. After four seasons at the University of Wisconsin, where he was named All-Big Ten Honorable Mention and Academic All-Big Ten, Butch played 10 seasons professionally, including four in the NBA Development League with the Bakersfield Jam and the Fort Wayne Mad Ants. In 2010, Brian was named an All Star and the D-League’s Impact Player of the Year. He also played professionally in China, Greece, Germany, Philippines, United Arab Emirates and Japan.

Brian has also coached in the NBA G-League, working the last two seasons as an assistant with the Wisconsin Herd.

Butch is currently co-host of “BJ and The Bear”, which airs weekdays from 6-8 a.m. on 95.3|99.1 The Score (WSCO) in Appleton. He also does analysis for high school basketball games. Brian is a frequent co-host on the Heller and Dolphin Show in Madison and has filled in on the nationally-syndicated Rich Eisen Show.