The first 12 members of the Hall of Fame were inducted during the 1989 WBA Summer Conference. Since 1989, 136 outstanding broadcasters have been honored with Hall of Fame inductions.

Four broadcasters will receive this prestigious honor in 2017. They are: Ken Beno, Leonard Charles, Bill Hurwitz, and Larry Meiller.

The display now resides at the Hilton Milwaukee City Center. In the words of Bill Hurwitz, WBA Foundation Board Member (and one of this year’s Hall of Fame inductees), who was instrumental in securing the location:

“The location in downtown Milwaukee to display the WBA Hall of Fame is perfect as one of the grandest hotels in the state represents our best of the best from all over the state. The Hilton hotel in downtown Milwaukee has always been a favorite venue for many radio and television events for decades. In fact, even today a large television tower still stands atop the hotel. Ben Marcus, the founder of the Marcus Corporation, at one time owned and operated several radio stations in Southeastern Wisconsin; Mr. Marcus, and the family have always been a true friend of local, over the air radio.

Mr. Marcus was the founder of the Children’s Variety Club of Wisconsin, a major charity that tied into Wisconsin radio and television stations for decades. To have a major wing in a major Marcus hotel displaying the Wisconsin Broadcasters Hall of Fame is a marriage that can only be described as perfect!”

We hope to see you all at the 2017 Hall of Fame festivities at the Blue Harbor Resort in Sheboygan on Thursday, June 15. The event will begin with the Hall of Fame Reception at 5 p.m., with a banquet in honor of the inductees, and the inductions following at 6 p.m. 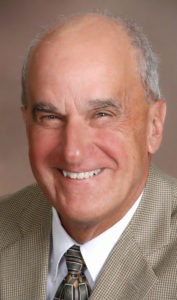 Ken Beno is dedicated to sharing his passion for broadcasting with high school and college students in the state and beyond. His career has enriched the broadcasting industry in Wisconsin and forged a path to state, regional and national broadcasting careers for many of his students. As chair of the Wisconsin Broadcasters Association Education Committee since 2001, Beno established innovative student outreach ranging from high school presentations, to a Radio Marketing Professional certification through the Radio Advertising Bureau for college students, to an annual student seminar. In 2002, he founded the WBA Student Awards for Excellence competition, which has since seen a four-fold increase in entries.

Beno, an Illinois native, began his radio career at WINI Radio in Murphysboro, Illinois. He earned his bachelor’s degree at Southern Illinois University Carbondale and received his master’s degree from Eastern Illinois University. He taught broadcasting at Lake Land College in Illinois for many years and founded the college radio station. He also became the first station manager of WEIU-TV in Charleston, Illinois. Beno joined the WBA in 1991 and has been instrumental in developing the future of broadcasting ever since.

Leonard Charles is one of the greatest contributors to the advancement of local, state and national broadcast engineering. During his remarkable career, Charles helped lead the television industry through rapid changes in technology and his contributions have made the Wisconsin Broadcasters Association a national leader in broadcast engineering. He serves on policy-setting national committees that will continue to shape the industry for years to come.

Charles began his career in 1974, working for a variety of midwestern radio stations before joining Madison-based Morgan Murphy Media in 1988. Today he serves as director of engineering of the company’s Midwest Division, overseeing technical operations in television, radio and multimedia throughout the upper Midwest. Charles serves on the Technology Committee and the Next Generation Broadcast Platform Committee at the National Association of Broadcasters. He leads the award-winning WBA Broadcasters Clinic and is a member of the Wisconsin Emergency Communications Committee. Among his many honors, he has twice been named Engineer of the Year by the national Society of Broadcast Engineers and was the 2013 recipient of the NAB Achievement in Engineering Award.

Bill Hurwitz is responsible for some of the most significant advertising and sales advancements in the history of Wisconsin broadcasting. His 44-year career has been filled with record-setting sales achievements, leadership in the growth of broadcasting in Wisconsin and beyond, and vital contributions to the betterment of the Wisconsin Broadcasters Association.

Hurwitz began his broadcasting career in 1973, working in sales at WQFM-FM in Milwaukee. After a move to WOKY-FM in Milwaukee, where he became local sales manager, Hurwitz joined Milwaukee’s WISN/WLTQ-FM as director of sales. Throughout the 1980s and ‘90s, he rose through the ranks to become national sales director and then general manager of WLUM/WMCS-FM in Milwaukee. In 1995, he was involved in the formation of the Milwaukee Radio Alliance, which included Shamrock Communications and WBA Hall of Famer Willie Davis’s All Pro Broadcasting. Hurwitz led the Alliance until his retirement in 2015. He served as WBA chair in 2012 and has been active in supporting a wide variety of community and philanthropic organizations including the Lombardi Cancer Fund and the Summerfest board of directors. 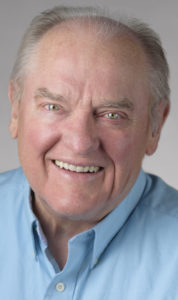 Dr. Larry R. Meiller began one of the most remarkable careers in the history of broadcasting in 1967, when he took a summer job at WHA Radio in Madison…and never left. Now, as WHA celebrates 100 years on the air, Meiller marks his 50th year of hosting live, daily programming.

Meiller earned his Ph.D. in Mass Communications from the University of Wisconsin-Madison, and served for 40 years as a much-admired professor in the UW College of Agricultural Life Sciences; in 2007 he became an emeritus professor. As a broadcaster and a teacher, Meiller mentored, inspired and served as an invaluable resource for thousands of college students in Wisconsin. He also developed student training programs in countries throughout the world that continue to set a standard of excellence in community-based radio broadcasting.

Meiller pioneered Wisconsin Public Radio’s call-in format in 1978, when he began hosting “The Larry Meiller Show,” which is now the longest-running call-in show in Wisconsin. He was instrumental in founding WPR’s Ideas Network in 1988. Meiller’s work has included a variety of daily programming, the nationally distributed “Calling All Pets,” and has earned him numerous broadcasting, teaching and community service awards.