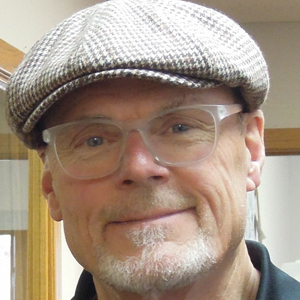 Longtime friend and colleague of Wisconsin Public Radio and host of the western Wisconsin regional arts and culture program “Spectrum West,” Al Ross, has died. He was 73 years old.

Ross joined WPR in 2008, providing local news breaks and announcements during “The Joy Cardin Show” and “Morning Edition” from WPR’s Eau Claire studios. The following year, he became the host of “Spectrum West.”

“We are all saddened by this news,” Interim WPR Director Tom Luljak said. “Al was a beacon for the arts and humanities in western Wisconsin and an outstanding example of our commitment to serving local communities across the state.” On air and in the community, he was a champion for the arts and served as moderator in the public forums that launched Eau Claire’s Confluence Center and the Pablo Center for the Arts.

Born and raised in the Fox Valley, Ross enjoyed a 53 year career in radio, including 14 years at WPR. He worked on air and in management at commercial stations in Michigan, Florida, and Wisconsin, before launching his own business as an independent producer in the 1990s. “Al was a consummate professional who was always eager to lend an ear and advice to young broadcasters who came his way,” retired WPR Senior Regional Manager Dean Kallenbach said. “He could have retired years ago but told me hosting ‘Spectrum West’ was more fun than any gig of his career. I’ll miss him on the air, and I’ll miss him as a friend.”

In addition to hosting “Spectrum West,” Ross co-created and co-hosted a variety show with musician Mac Cherry called “The Big River Radio Wave.” The show ran for eight years and was recorded live at the Big River Theatre in Alma. It celebrated the culture of the Mississippi River with comedians, musicians, and storytellers. It was broadcast on WPR stations in west and southwest Wisconsin during the summer with select episodes airing statewide.

Rich Kremer, WPR’s Eau Claire-based reporter, remembers Ross as a true believer in the power of the arts to transform lives and communities. Ross won multiple awards for his work, including “Best Interview” and “Best Radio Show” from the Wisconsin Broadcasters Association.

“For years I watched authors, artists and musicians walk into the studio with Al and would sometimes hear their muffled laughter from my office next door,” Kremer said. “By showtime, he had meticulously transformed those moments into award-winning shows delivered with a smoothness that belied the effort that went into them. Al was a generous colleague, mentor and friend who I will deeply miss.”