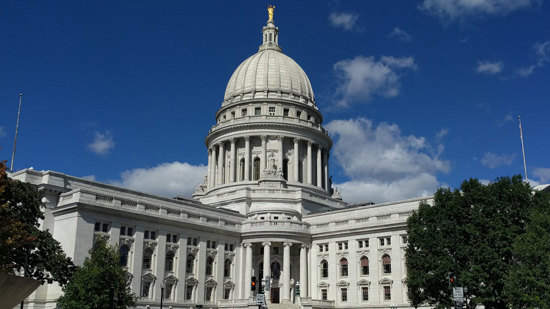 This week’s Weekly Radio Addresses from Wisconsin’s Capitol discuss the inauguration and taxes. These addresses are available for Wisconsin broadcasters to use as they see fit. Here are the summaries from WisPolitics:

The Dem governor says he’s also humbled to take the oath of office again, adding he never dreamed of leading the executive branch while growing up in Plymouth. The election and inauguration were examples of what he says makes the state and country great: the functions of democracy are derived “from all of us, together.”

“There’s no question that the work we must do to build the future we want for our kids, our grandkids, and our state is only possible if we’re willing to do it together,” he adds. “And I believe that together we will. Wisconsin, we love you. Let’s polka and then let’s get on to work.”

The Oostburg Republican touts the state’s nearly $7 billion projected surplus, which he said should go toward reducing taxes for families struggling with inflation. He also says he plans to introduce legislation to create a flat tax and credits conservative fiscal policy for what he calls “a once-in-a generation opportunity.”

“Our neighbors in Michigan and Illinois have flat taxes, while Iowa is phasing in their new flat tax,” he adds. “With a historic surplus, this is the time to take bold steps to reform our tax laws to help keep more dollars in the hands of the hardworking families and businesses in Wisconsin.”