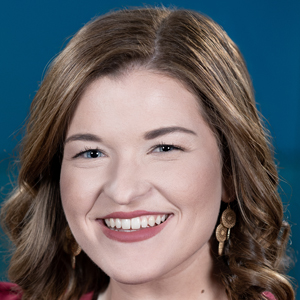 Rusk currently anchors and reports for NBC15’s The Morning Show, Monday through Friday. She first joined the WMTV team in September 2018 as The Weekend Morning Show anchor before she was promoted to weekdays in January 2022.

In her time in news, Rusk has covered several breaking news stories, including reports on severe weather and historic flooding. She was also one of the first reporters on scene of the workplace shooting in Middleton in 2018.

She started her broadcast career at NBC15’s sister-station in Davenport, Iowa. While at KWQC, Rusk worked as a news anchor/reporter and also spent time working in the sports department.