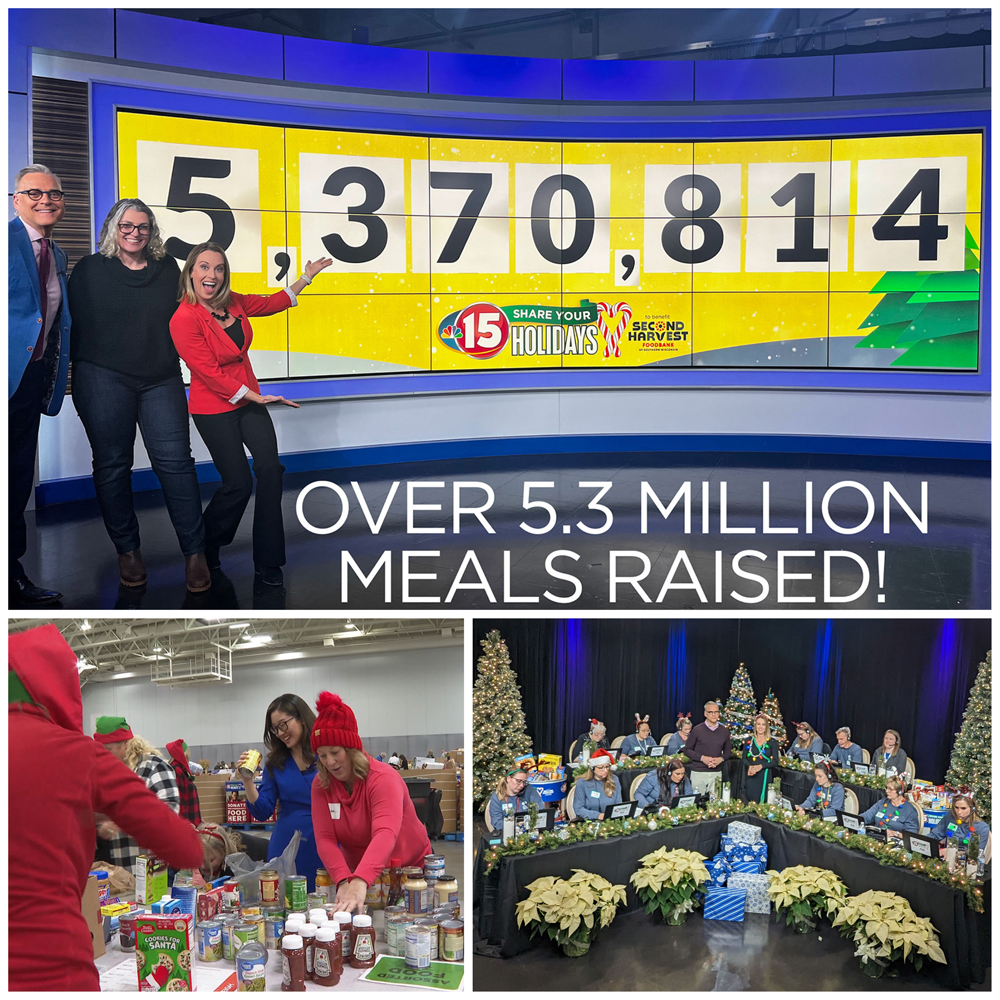 WMTV’s 27th annual NBC15 Share Your Holidays Campaign surpassed its goal of raising 5 million meals for Second Harvest Foodbank of Southern Wisconsin. The final total was 5,370,814 meals raised. With $10 equaling roughly 25 meals, thanks to the buying power of Second Harvest, the total cash equivalent is $2,148,325 raised. The campaign also collected and sorted 36,952 thousand of pounds of food.

“From babies to seniors, rising food costs increased the number of individuals needing assistance at local food banks. The generosity and support of our viewers come at a time when people truly need help. NBC15 Share Your Holidays would not be successful without our business sponsors and thousands of individual donors. Their commitment to our community is astounding!” said Don Vesely, WMTV NBC15 Regional Vice President/General Manager.

The 2022 campaign was held from Oct. 26 to Dec. 31. This year’s theme was “Together” NBC15, Second Harvest, local businesses, volunteers, schools and individual donors worked together to exceed the 5 million meal goal.

WMTV’s late anchor, Mike McKinney, had a personal mission to eliminate hunger and founded the NBC15 Share Your Holidays campaign outside of a Madison grocery store—collecting donations in the parking lot on a single day. That year, more than 50,000 meals were raised. Since its inception, the campaign has raised more than 63 million meals.

“Everyone at Second Harvest is incredibly grateful for our long-standing partnership with NBC15 and their commitment to the work needed to end hunger. Together, we’re turning the generosity of supporters and the dedication of a network of partner agencies and programs into millions of meals for those facing hunger in our community,” said Michelle Orge, President/CEO of Second Harvest Foodbank of Southern Wisconsin.