Lifelong broadcaster Doug Rogers, of Shawano, is being remembered for his long career in radio.

According to his obituary, Rogers attended the Transamerican Broadcasting School in Wausau and earned his broadcast license in 1979. He started his play-by-play career in Merrill. He worked for a short time at WNBK in New London before returning to Merrill.

In 1984 Rogers moved to Wyoming where he was known for his play-by-play and doing daily trivia on air.

In 1991 he moved back to his hometown, Clintonville, where he worked for WJMQ.… END_OF_DOCUMENT_TOKEN_TO_BE_REPLACED

This week’s Weekly Radio Addresses from Wisconsin’s Capitol are focused helping Wisconsin’s unemployed and Public Schools Week. These addresses are available for Wisconsin broadcasters to use as they see fit. Here are the summaries from WisPolitics:

“Since the start of the pandemic, thousands of people throughout our state lost their job through no fault of their own and turned to unemployment insurance for assistance,” Petryk said. “Unfortunately under this governor’s mismanagement, many Wisconsinites continue to wait for their benefits, some with… END_OF_DOCUMENT_TOKEN_TO_BE_REPLACED

What happened at CES 2021, and what it means to broadcasters

In January, my routine changed. Instead of getting away from the cold of the Midwest and boarding a Delta flight to Las Vegas right after the new year for CES – formerly known as the Consumer Electronic Show – I stayed home and took in the event virtually.

In fact, so did more than 150,000 others here in the U.S. and around the globe. CES is an always an amazing display of innovation and ingenuity, and in the midst of the pandemic, the Consumer Technology Association had to make a difficult pivot.

On a Microsoft platform not unlike Zoom, they… END_OF_DOCUMENT_TOKEN_TO_BE_REPLACED

Posted in In the News, Social & Digital

University of Wisconsin-Green Bay is embarking on a plan to revive its student media as part of the Communications Department.

Campus officials are working with local media companies as it plans for the revival of student media, seeking information about what skills future broadcasters will need to be successful employees. This includes soliciting feedback from the WBA and WBA member stations in the Green Bay area. The campus wants to enhance its curriculum with opportunities for students to get hands-on experience.

UW-Green Bay’s media facilities, under renovation in 2020-21, will provide students and faculty with state-of-the-art facilities and work areas.… END_OF_DOCUMENT_TOKEN_TO_BE_REPLACED

“On behalf of the Child Life department and the American Family Children’s Hospital, I want to share our heartfelt thanks to Life 102.5 and the community of listeners who year after year provide such impactful support to the patients and families at AFCH,” said Rachel Lodahl, the Child Life Assistant at the hospital. “The thousands of Legos, books, puzzles, and building games that were sent will provide moments of joy and normalcy for so… END_OF_DOCUMENT_TOKEN_TO_BE_REPLACED

Professionals to meet with broadcasting students at Student Seminar

The WBA Student Seminar, coming up March 6, will include small group meetings between broadcasting students and professionals from across the state.

You can read more about and register for the Student Seminar and here.

Today we’re sharing the list of professionals who will be on hand to meet with students on March 6: 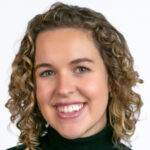 Bridgit is the special projects reporter at Wisconsin Public Radio. Previously, she was the Mike Simonson Memorial Investigative Reporting Fellow at WisconsinWatch. A graduate of the Missouri School of Journalism, her work has won numerous awards.… END_OF_DOCUMENT_TOKEN_TO_BE_REPLACED

Posted in Educators, In the News

A group of radio stations in northern Wisconsin raised money during the holiday season for a non-profit helping low-income residents in Ashland and Bayfield counties.

Heartland Communications teamed up with Coffey Oil to sponsor Magic Stocking in support of the BRICK Ministries.

Magic Stockings were placed in select area businesses between Thanksgiving and New Year’s Day. Shoppers were encouraged to drop their change, checks, or cash in the Magic Stocking. Coffey Oil matched the donations up to $1,000.

A member of the WBA’s Local Broadcast Legends is retiring after 32 years serving listeners and businesses in northern Wisconsin.

Jeff Wagner from Heartland Communications Group will retire in April. He was named a WBA Local Broadcast Legend in 2018.

“Jeff Wagner is the most respected Senior Statesman and leader in the radio broadcasting industry in Wisconsin’s northwoods,” according to Heartland CEO Jim Coursolle. “Jeff has left his positive mark on so many people whom he has touched in all his 42 years in small business of which 32 years were spent in radio broadcasting.”

Rompa to retire after 32 years at WBAY-TV

WBAY-TV anchor Kevin Rompa announced his retirement Friday after 32 years on the air in the Green Bay market.

“I arrived here back in 1989 to become Green Bay’s very first morning show anchor and I never left. In fact, in the 32 years I’ve been here, I’ve never even sent out a resume or tape to apply for another job,” Rompa said.

Kevin grew up in Winona, Minnesota. He attended college at Winona State University and the Brown Institute of Radio… END_OF_DOCUMENT_TOKEN_TO_BE_REPLACED

Posted in In the News
Search
Download the WBA “MemberPlus” App